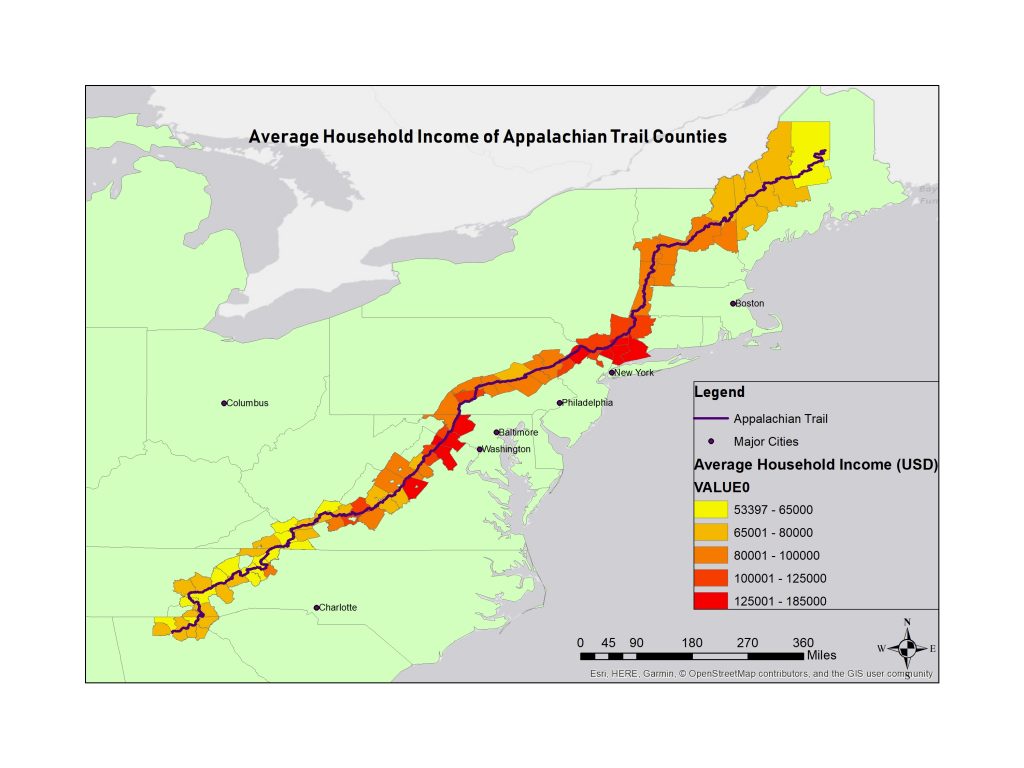 Harrison included the following story for this map:

“The Appalachian Trail has always captured my imagination as a corridor of beautiful wilderness along the densely populated Atlantic coast. As an environmental geography student, I am interested in protected lands, wilderness, and the long standing debate on the merits of wilderness preservation.  This map competition encouraged me to incorporate spatial analysis into these interests.  I actually can envision this map as the beginning of a larger investigation into populations in “periphery areas” around protected lands. For my map, I used the Appalachian Trail as an example to show how a demographic, in this case household income, shifted along the edges of this large protected area.  To do so, I used ArcMap to map a shapefile of counties in the United States “selected by location” by a shapefile of the Appalachian Trail. I then joined county level average household income data from 2017 to that new selected county layer, and symbolized those values into 5 income brackets.”