Abstract: The “Democratizing Geospatial Technology Project,” funded by the American Geographic Society’s EthicalGEO Fellowship program, has as its central vision, that environmental justice stakeholders themselves are best equipped to produce spatial data visualizations of their communities.  The primary goal is the development of a community-based participatory mapping tutorial model, that can be replicated for use by grassroots organizations employing geospatial data visualizations to support their efforts to attain and sustain environmental justice.  The final deliverable is a portable and user-friendly GIS tool intended to empower community-based organizations in their work. A draft model is being pilot tested in five Gulf Coast communities via the HBCU Community Based Organization (CBO) Gulf Coast Equity Consortium.  After participating in asset mapping workshops, the training received has been effective enough for some CBOs to have already changed undesirable decisions for real estate development and other land uses in their communities in developing countries. Given the inherent “no-to-low tech” approach, it is assumed that the model will have utility in like-situated communities.  Interested collaborators and potential partners are encouraged to provide suggestions on how the model might be customized for environmental justice communities outside of the United States. The broader vision is to unite and empower community mappers in spirit, vision, and practice, through GIS technology. A collective inter-regional effort can enable stakeholders to acquire, and own, pertinent geospatial data sets, and not be forced to rely upon information from outside sources stored on remote servers.  Such imbalance in GIS data ownership can potentially result in inequitable and exploitative relationships. The EthicalGEO project is designed to eliminate barriers to spatial data collection and control for grassroots activists and scholars. 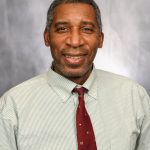 David A. Padgett is an Associate Professor of Geography, and Director of the Geographic Information Sciences (GISc) Laboratory at Tennessee State University (TSU) in Nashville, Tennessee. He has served as the Global Learning and Observations to Benefit the Environment (GLOBE) Partner and Trainer for TSU since 2001.

He has previously developed and taught geography and geographic information systems (GIS)-related courses at Austin Peay State University (Tennessee) and Oberlin College (Ohio).  Since establishing the GISc Lab in the summer of 2000, Padgett has supervised several undergraduate research assistants on a variety of service learning projects the topics of which include: community-based global positioning systems (GPS) mapping to improve public transit accessibility, GIS-supported homeless population mapping, and GIS mapping of Nashville’s Red Cross emergency shelters.  The GISc Lab has developed working relationships with a variety of grassroots groups, non-profit organizations, and government agencies.  Many of the students Padgett has taught over the past 20 years have graduated and are now gainfully employed in environmental science and GIS-related occupations.

Since 1992 Padgett has been the Owner and Chief Consultant of GEO-Mental, a multi-faceted environmental consulting firm. His current and recent clients include, Air Alliance Houston, Nashville-Davidson County Metropolitan Government, Black Enterprise Magazine, Catalyst Miami, and the Southern Coalition for Social Justice.

In April 2019, Padgett was awarded the American Association of Geographers Presidential Achievement Award for “significant contributions in advancing geography, GIS,and STEM education within the Historically Black College and University,”

In September 2019, Padgett was named an EthicalGEO Fellow by the American Geographical Society in support of his project “Democratizing Geospatial Technology: A Model for Providing Technical Assistance in Community Based Participatory Mapping to

Padgett, 57, is a native of Baltimore, Maryland and is a graduate of Western Kentucky University and the University of Florida at Gainesville 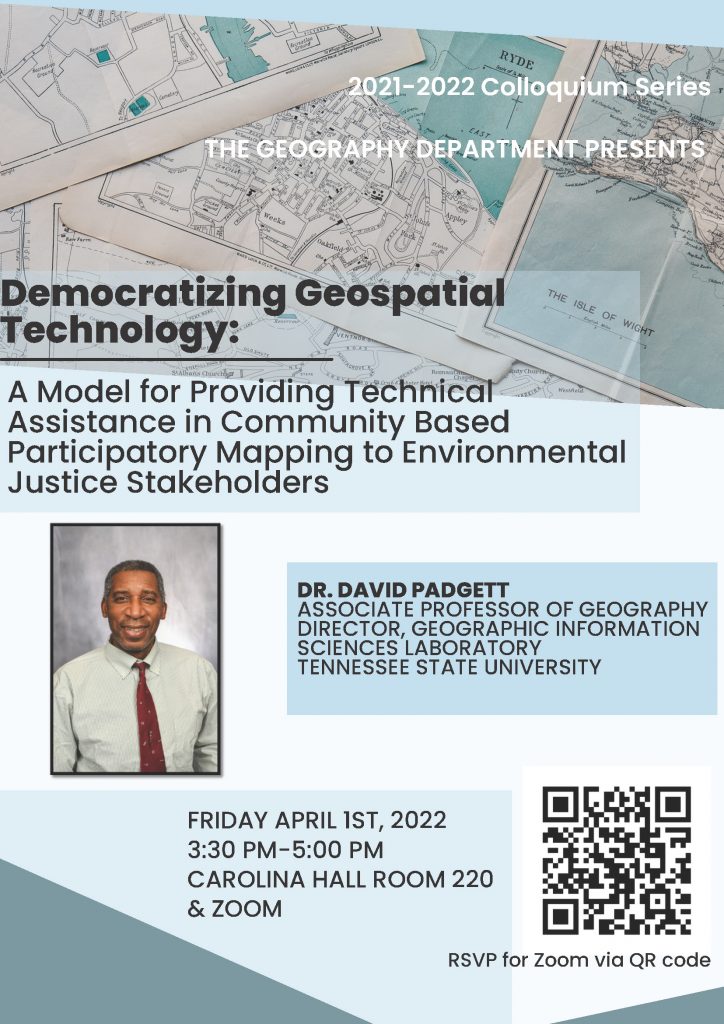