These two interactive web-based geovisualizations work in conjunction with each other to show both vector and raster data of Atlanta’s urbanization and urban sprawl through the decade of 2010-2020. Viewers are able to interpret population density data changes in the context of physical urbanization. 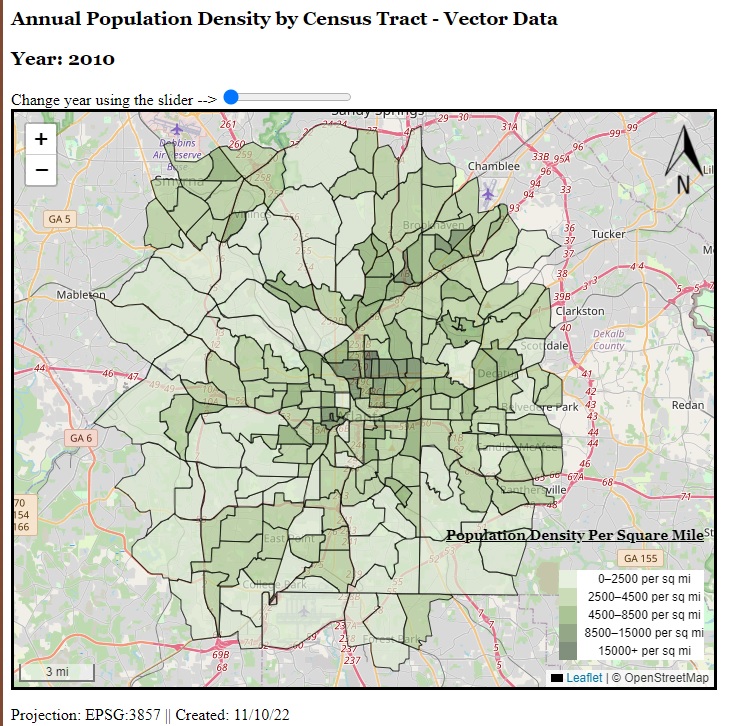