Mountain streams are a critical part of the global carbon cycle, because they connect terrestrial and aquatic environments and have a higher proportion of stream water in direct contact with surrounding soils. A new study led by three geography undergraduate students found that streams at high altitude in the Andes Mountains (>4,000m) emit greater rates of CO2 per unit area than adjacent soils, and also greater than reported aquatic CO2 fluxes at lower elevation in the Amazon Basin. In tropical regions, high-altitude ecosystems are known to accumulate organic carbon for thousands of years, and the new findings suggest that it is likely that some of that carbon is being liberated to the atmosphere in response to climate change. The lead authors of the study, Chloe Schneider (’20), Maribel Herrera (’20), and Megan Raisle (’20), conducted this work as part of their 2019 NSF-funded International Research Experience for Undergraduates (IREU) in Ecuador, within Professor Diego Riveros-Iregui’s lab. These findings were published in the August issue of the Journal of Geophysical Research: Biogeosciences. 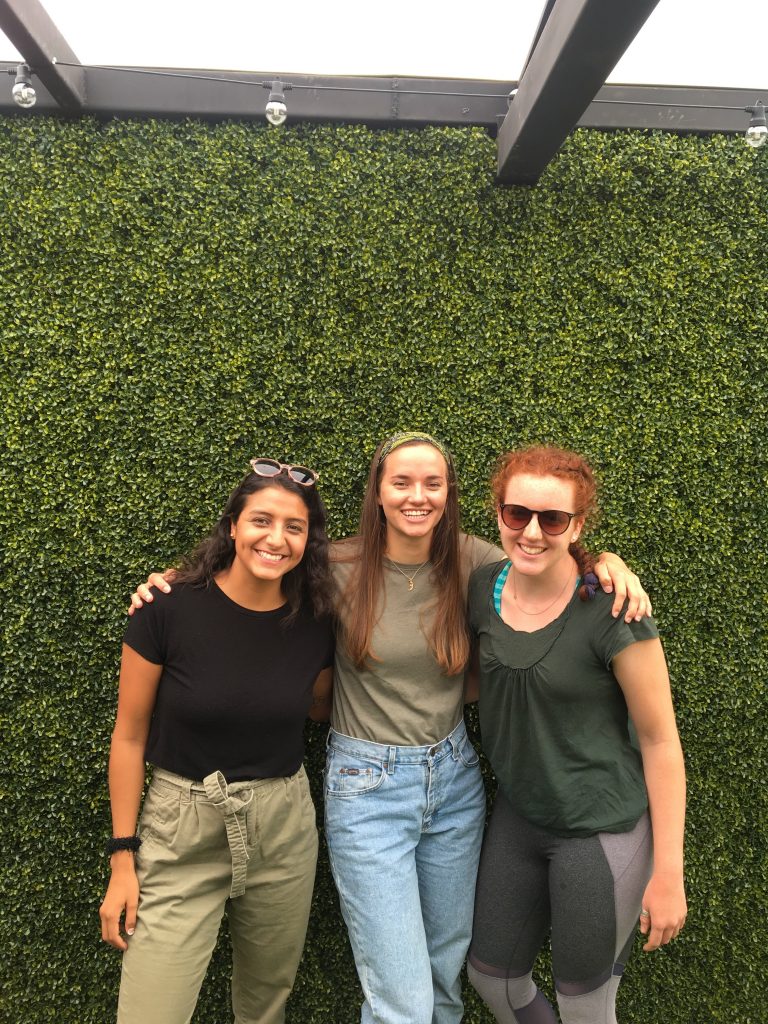 Abstract:
High‐altitude tropical grasslands, known as “páramos,” are characterized by high solar radiation, high precipitation, and low temperature. They also exhibit some of the highest ecosystem carbon stocks per unit area on Earth. Recent observations have shown that páramos may be a net source of CO2 to the atmosphere as a result of climate change; however, little is known about the source of this excess CO2 in these mountainous environments or which landscape components contribute the most CO2. We evaluated the spatial and temporal variability of surface CO2 fluxes to the atmosphere from adjacent terrestrial and aquatic environments in a high‐altitude catchment of Ecuador, based on a suite of field measurements performed during the wet season. Our findings revealed the importance of hydrologic dynamics in regulating the magnitude and likely fate of dissolved carbon in the stream. While headwater catchments are known to contribute disproportionately larger amounts of carbon to the atmosphere than their downstream counterparts, our study highlights the spatial heterogeneity of CO2 fluxes within and between aquatic and terrestrial landscape elements in headwater catchments of complex topography. Our findings revealed that CO2 evasion from stream surfaces was up to an order of magnitude greater than soil CO2 efflux from the adjacent terrestrial environment. Stream carbon flux to the atmosphere appeared to be transport limited (i.e., controlled by flow characteristics, turbulent flow, and water velocity) in the upper reaches of the stream, and source limited (i.e., controlled by CO2 and carbon availability) in the lower reaches of the stream. A 4‐m waterfall along the channel accounted for up to 35% of the total evasion observed along a 250‐m stream reach. These findings represent a first step in understanding ecosystem carbon cycling at the interface of terrestrial and aquatic ecosystems in high‐altitude, tropical, headwater catchments.