While Chapel Hill was preparing for a cold and snowy winter, 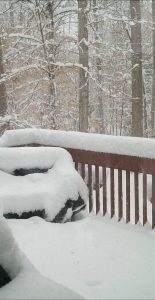 Angelica M. Gomez, a Ph.D. student at the Department of Geography, and Haley Moser, a Geography and Environmental Science major, were preparing a trip. 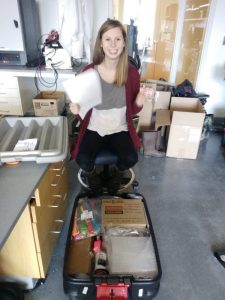 They were traveling to San Cristobal Galapagos Islands, to experience some warmer weather. 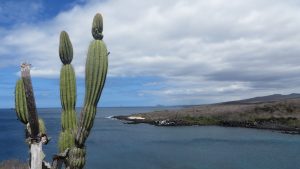 Angelica is interested in understanding the hydrological processes in tropical regions, specifically related to the changes in the land cover associated with the encroachment of invasive vegetation. In small islands, freshwater is a limited resource and highly vulnerable to the variation of environmental factors and anthropogenic activities. San Cristóbal is one of two islands in the archipelago with freshwater that also serves as water supply to the communities. Several factors can influence the availability of freshwater. The Galapagos Islands have a long history of land cover changes that are modifying the biodiversity and the way people live. Angelica´s work seeks to investigate the influence that introduced and invasive vegetation produce on water storage. 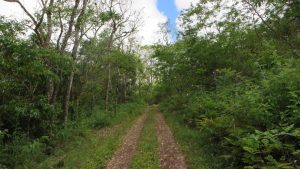 Together, Angelica and Haley walked the island looking for distinct streams and installed sensors to measure how much water passed through them and to identify where the water is going. 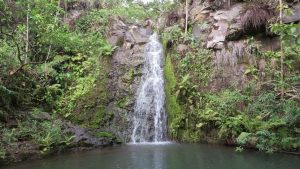 They prepared the locations where sensors would be placed in the streams. 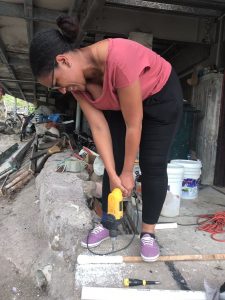 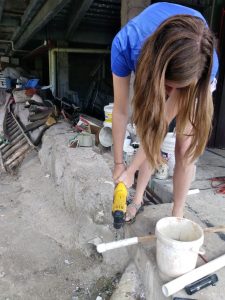 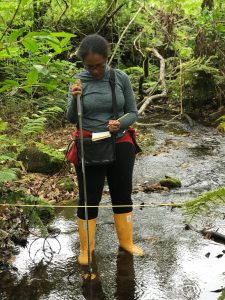 They took samples of soil infiltration and soil moisture to understand how fast the water is retained and infiltrated into the soils. 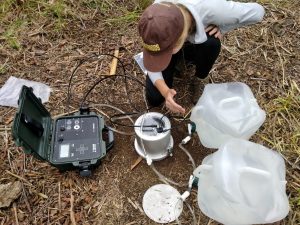 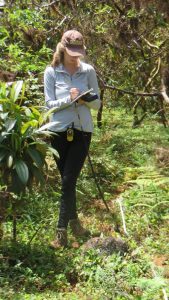 This experience also helped Angelica and Haley to know more about the locals, to listen to their stories and learn from them about the island and the freshwater in the Island.

And of course, they had time to interact with unexpected visitors in the field that were attracted by the colors of the tape measurement. 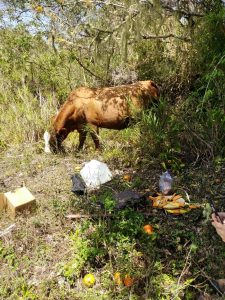 They experienced different weather conditions in the same portion of land, moving from highlands to lowlands. 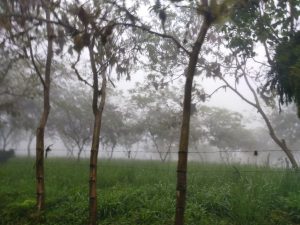 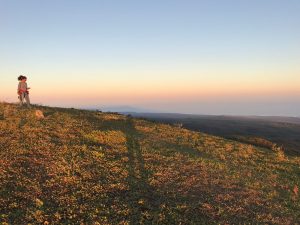 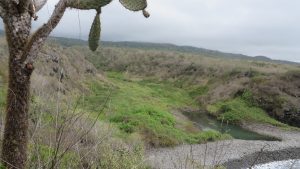 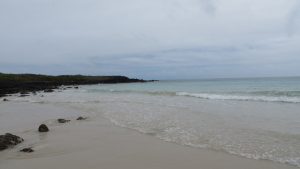 Helped by many locals in the Island, the weeks flew by. After five tiring but exciting weeks of field work, Haley and Angelica had installed three sets of sensors and taken numerous soil measurements. With this data, Angelica will be able to create a model that relates the water resources of San Cristóbal with the densities of invasive versus native vegetation. This work will hopefully be able to assist farmers and locals of the islands in finding the most effective ways to continue growing their crops and living their lives with changing climate and water resources.